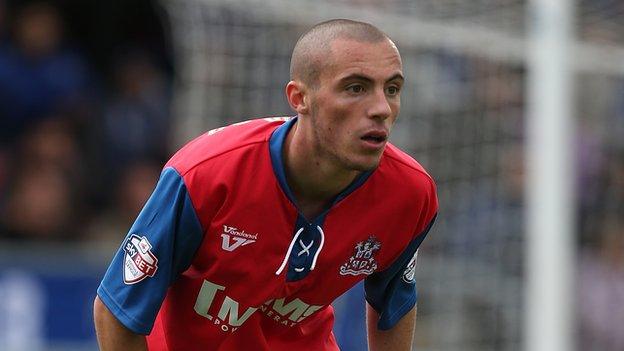 QPR academy player Prince was 15 when he died after being stabbed trying to intervene in a fight outside a school in May 2006.

"I always said that when I scored my first goal, I'd dedicate it to my best mate Kiyan Prince.

"That was for him. I hope he's up there watching me," he told BBC Radio Kent.

Harriman, 21, added: "It was a great moment for me - my first professional goal in the League. It's a moment you'll never forget."

The 2-0 win against the Robins was a morale-boosting result for Gillingham ahead of Friday's visit to in-form Brentford.

Second in League One, the Bees are unbeaten in 15 matches.

But having already beaten promotion chasers Swindon and Wolves, Harriman believes the Kent side have shown they are capable of troubling any team in the division.

He said: "We're looking forward to it and are going to try to stop the run they're on at the moment.

"We want to go there and show Brentford why we beat the other teams that are up there.

"If it's a good, positive, performance again then we should be okay."