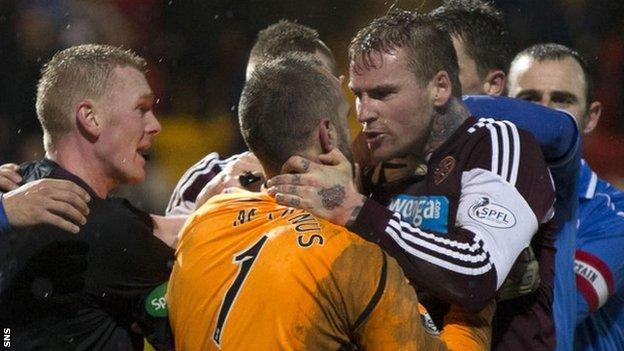 Ryan Stevenson will be available for Hearts' Scottish League Cup semi-final against Inverness due to the rescheduling of a Premiership fixture.

The midfielder was sent off in

His two-match ban will now cover Saturday's trip to Ross County and the rearranged game with St Mirren in Edinburgh on Wednesday 29 January.

The semi-final follows on Sunday 2 February, with Hearts bidding to reach their second successive final.

At 29, Stevenson is one of the few professionals over 21 available to Hearts manager Gary Locke because of the

will be available for the Perth side's semi-final against Aberdeen as Tommy Wright's men have two matches before the meeting with the Dons.

They visit Partick Thistle later on Tuesday and Dundee United on Monday evening.