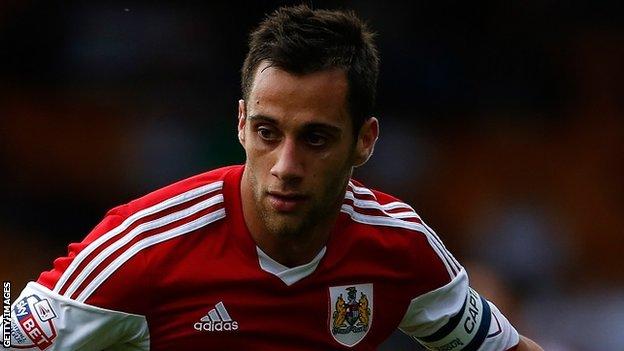 The visitors took the lead when Sam Baldock beat O's goalkeeper Shwan Jalal at his near post after three minutes.

Kevin Lisbie pulled a goal back shortly before half-time, but Jamal was again at fault when defender Aden Flint headed in City's third.

"They played well in the first half hour but we were very poor.

"We were excellent in the second half but unfortunately we conceded a goal with 15 minutes to go which probably clinched it for them, even though we kept trying to rally.

"We were unfortunate not to get back in the game at 2-1 as it was one-way traffic.

"The goals we conceded were not characteristic of us. They were poor goals and not goals you want to be conceding if you want to be in the shout for a spot in the Championship."

"We came out the traps tonight and did really well.

"We've been on the road, the bus, staying in hotels and it's been a tough few weeks.

"Thankfully tonight we've got our rewards. Now we have to look forward to what will be our biggest game of the season [against Tranmere]."