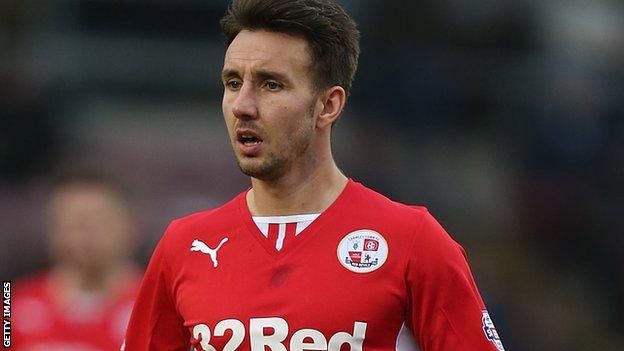 Crawley started the brighter and were nearly awarded a penalty when Jamie Proctor was felled by Darren Ward.

Swindon went ahead after the restart when Jack Barthram crossed for Nathan Byrne to turn in at the near post.

The visitors levelled the scoring late on when Josh Simpson set up Tubbs to score from close range.

The draw means Swindon lie six points adrift of the play-off zone while Crawley are three points off the relegation places.

"I thought we did OK until we got to the final third of the pitch. Our strikers didn't hold the ball up.

"We had loads of possession, but not enough threat.

"When you're not having a great spell the fans can become edgy, which transmits to the players, but we kept trying to play.

"We have to go backwards at times to go forwards, but you're only as good as your front men."

"Swindon Town have got second best home record in our league and we've come here and, in my opinion, more than matched them all over the field.

"There's a lot of disappointed faces in the dressing room, so that tells you the kind of standards the boys have set themselves and when they come to a place like Swindon and get a point.

"All in all, it's been a good couple of away performances against top-quality opposition and we are delighted that we've got something out of this game. My players showed great passion tonight."