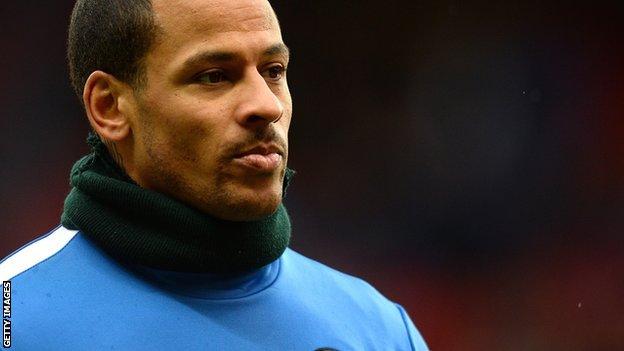 Millwall have signed striker DJ Campbell on loan from Blackburn Rovers for the rest of the season.

The 32-year-old is reunited with Lions boss Ian Holloway, having previously played under him at Blackpool.

He is Holloway's second signing since taking over at The Den, with Ryan Fredericks having recently arrived on loan from Tottenham.

He is yet to score this season, but netted 10 goals in 17 matches while on loan at Ipswich last term.

And he scored 34 goals in 60 appearances for Blackpool, who won promotion to the Premier League during his spell there.

Campbell was one of six people questioned last month by the National Crime Agency as part of a spot-fixing investigation and has been bailed until April.

He was subsequently granted time off by the Lancashire club, but returned to training a week later.

Released by Queens Park Rangers as a youngster, Campbell played non-league football before being signed by Brentford in 2005.

He has also had spells at Birmingham, Leicester and Derby during his career.