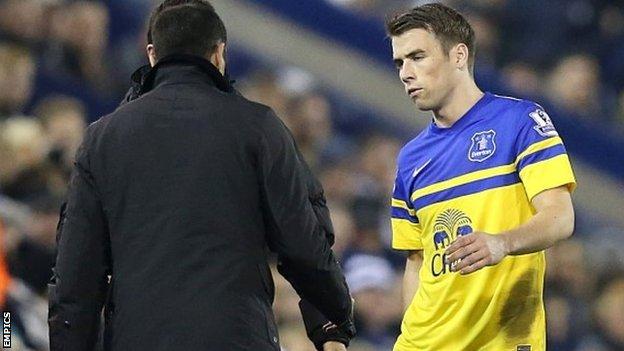 Everton have described Seamus Coleman's hamstring problem suffered during the as a "minor soft tissue injury".

The 25-year-old Republic of Ireland right-back was replaced by John Stones with 11 minutes of the match remaining.

Initial fears were that Coleman could join several other Everton players on the sidelines.

"He has been closely monitored and has already started his recovery," the club said via its official website.

Coleman has made 30 appearances for Everton this season and has scored six goals.