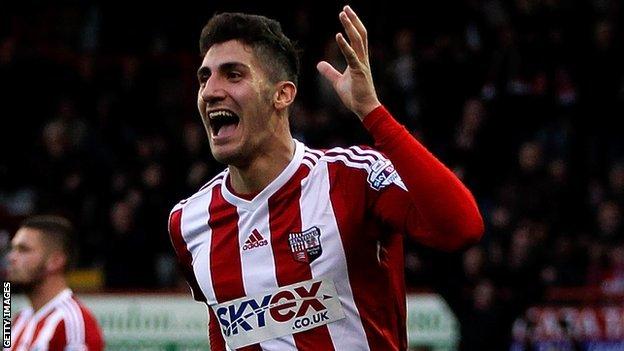 Aden Flint sliced the ball into his own net to give the hosts the lead but ex-Bees defender Karleigh Osborne levelled immediately with a 25-yard drive.

Brentford restored their advantage when keeper Elliot Parish failed to keep out Alan Judge's shot and Marcello Trotta made it 3-1 with a low finish.

After an entertaining first half, the game petered out and Brentford eased to their 11th consecutive home win.

"it was disappointing. We weren't good enough and they were better than us.

"It was a good bench mark. I felt as though they were first to the ball over the 90 minutes.

"We've given away two sloppy goals - they ran past us too easily, but that's why they are at the top of the table.

"We didn't have enough bodies out there tonight and if you don't have that, you're not going to get a draw or a win."