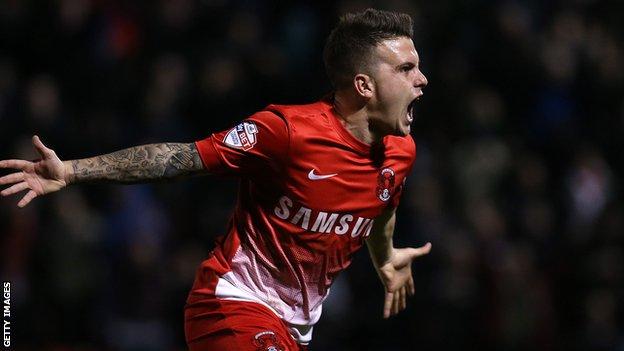 But Cox soon made it 1-0 with a shot on the turn from 12 yards after Coventry failed to clear a long throw in.

Mooney sealed it when his shot from 20 yards was spilled by Murphy, who watched the ball roll into the net.

Coventry's 18-goal top scorer Leon Clarke, who has been the subject of two bids from League One rivals Wolves, missed the game with a foot injury sustained in Friday night's FA Cup fourth round defeat at Arsenal.

"Young George Thomas acquitted himself very well. Make no mistake, he will be a star for this club in the future. But we're asking a lot of a boy of his age.

"Because of the Callum Wilson injury and the Leon Clarke situation, and his failure to support this group just now, we find ourselves with no real strikers in the building.

"We kept going, created some good chances and their keeper made a number of saves. But, when we haven't got Callum's pace we lose the ability to stretch teams.

"And credit to Leyton Orient. They're a really hard-working side and I hope for Russell Slade they are one of the sides that go up. They are an example to everybody about how to build a football club."