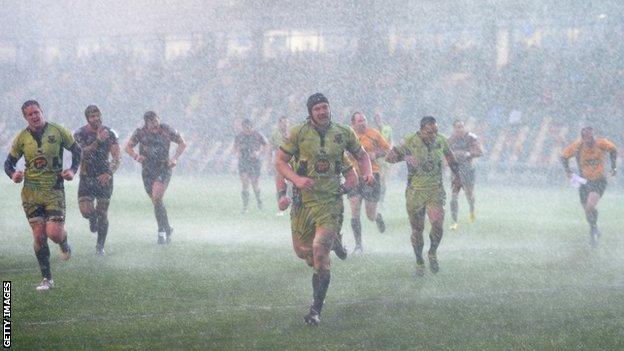 Newport County's League Two clash with Plymouth Argyle has been postponed because of a waterlogged pitch.

Referee Keith Hill inspected the pitch at 12:30 GMT and decided the Rodney Parade surface was unplayable.

The pitch suffered after heavy rain and hosting the LV= Cup rugby match between Newport-Gwent Dragons and Northampton on Saturday.

The game will now be re-arranged for later in the season, with a date still to be confirmed.

The players in the Dragons-Northampton game had to come off the field for several minutes after heavy rain and hail storm.