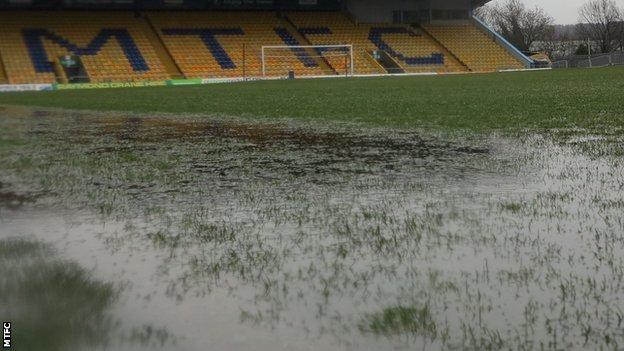 Mansfield Town's League Two fixture against Bury has been postponed because of a waterlogged pitch.

An inspection had been arranged for 14:00 GMT after heavy rain, but the pitch at the One Call Stadium was deemed unplayable before that.

The match, which was originally to be played in January, has now been re-arranged for Tuesday, 25 February.