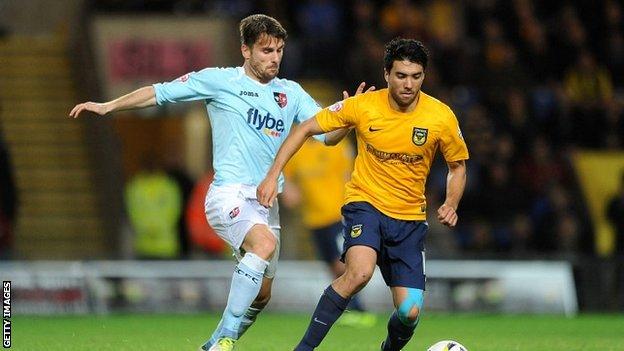 Managerless Oxford United started life without Chris Wilder with a mundane goalless draw against Exeter City, which kept them in the play-off places.

Exeter made an energetic start and hit the bar via Aaron Davies' 25-yard shot.

The U's, with assistant Mickey Lewis in charge, got themselves back in the game but Polish goalkeeper Artur Krysiak denied Deane Smalley an opener.

The Grecians dominated after the break but lacked conviction up front as Davies and Matt Grimes missed chances.

The result ended Exeter's run of three straight defeats, but Paul Tisdale's side are still awaiting their first win of the year.