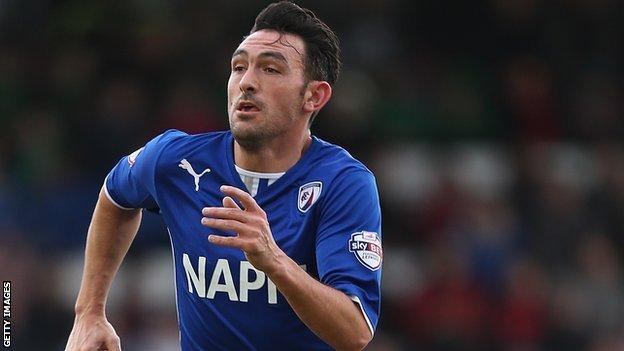 Chesterfield capitalised on Scunthorpe's draw on Monday and moved to the top of League Two with a convincing win at York.

The visitors scored after two minutes when Eoin Doyle collected Gary Roberts' through ball and found the top corner.

Chesterfield doubled their lead with Dan Gardner teeing up Roberts, who slotted the ball home.

"Two minutes into the game, we go a goal down and it puts you on the back foot. After that, we were second all over the park.

"Second goal - our corner, and they score. If you're not on your front foot, that's what happens and you pay the price.

"We found it difficult to pick it up and get it going and the quality of passing was less than average."

"We played well in the first half, we started the game really well, we were bright and we were a handful.

"We created chances and our movement was really good.

"I think the players should take all the credit tonight and the staff that work behind the scenes."