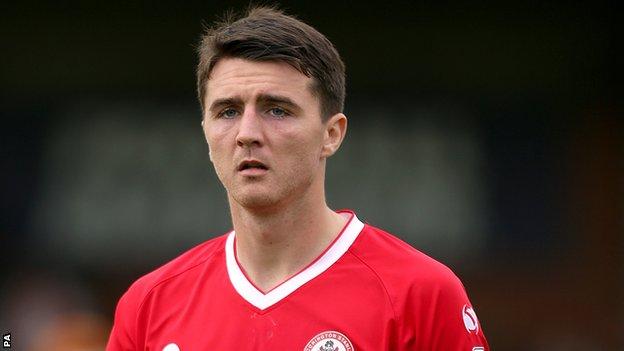 On-loan Kaid Mohamed had the home side's best opportunities, forcing Marcus Bettinelli into a smart save and then hitting a post in the second half.

Murphy headed wide before scoring his eighth goal of the season.

"We've won games like this. We beat Exeter in the 93rd minute, so we've had it in our favour as well.

"We pretty much dominated proceedings for the full period of the game and that's the frustration.

"We've created enough chances, but we haven't completed enough. On our count, we had 21 attempts on goal and very few on target.

"Our shooting was extremely wayward, rather than composed which is what it was on Saturday [against Newport]."

"We're making a habit of it [scoring late goals] but it's a good sign because it shows they're finishing games strongly and creating chances late on.

"It was never going to be a spectacle but you play to the conditions.

"The lads stayed in the game and rode their luck at times. The result is that we've come away with three points."