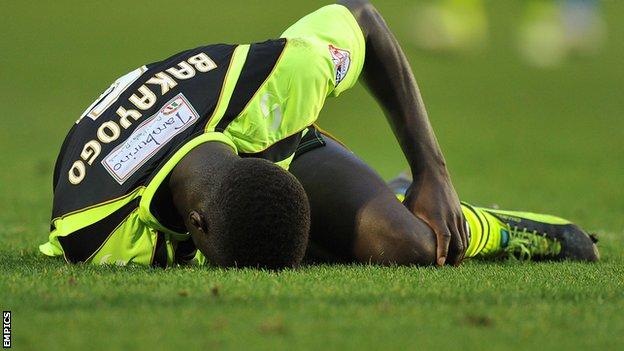 Defender Zoumana Bakayogo has returned to parent club Leicester City after rupturing an anterior cruciate ligament during his loan debut for Yeovil.

The 27-year-old was taken off in the first half of Saturday's 2-0 win over Birmingham after appearing to catch his studs in the turf.

"It was innocuous - he just turned and he felt it."

Bakayogo was replaced on 37 minutes by Jamie McAllister, who himself pulled up injured shortly after the break.

"We brought in Bakayogo for Liam Davis, who we left at home because he was injured. So there's maybe another little left-back hunt again in the next week or so," Johnson added.