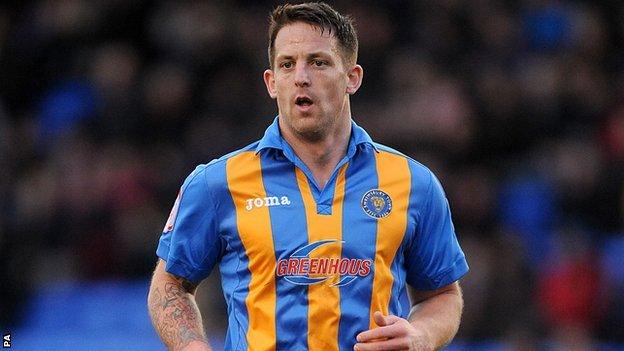 Shrewsbury Town defender Darren Jones says he felt he had "no choice" but to leave the club after falling out of favour this season.

The 30-year-old has been with Graham Turner's side since June 2012 and played 57 games for them.

Jones, who made 17 appearances this season, had the remaining five months of his contract paid up by the club.

"The decision wasn't taken lightly but I had no choice really," Jones told BBC Radio Shropshire.

Jones was told at the start of the season that he would be third choice centre-back.

"If I was to stay here and then sat on the bench for the rest of the season I think I would have found it very difficult to get a team next season," he added.

"I had an option on my contract that if I started 30 games then I'd stay another year but I knew I wasn't going to feature for the 30 games.

"I'm sad to be going and I wish the fans, the players and everyone at the club all the best and I hope they can maintain their League One status."