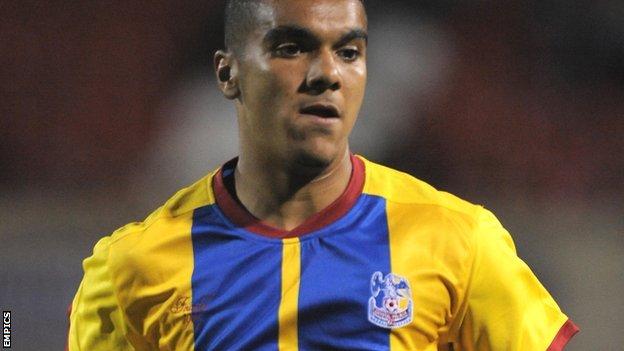 Appiah, 23, scored 10 goals in 13 league starts while on loan with Conference Premier side Cambridge United earlier this season.

He joined Palace from Margate in January 2012, but has only appeared 10 times for his parent club and is yet to start a league match.

Meanwhile, Notts have made striker Danny Haynes available for transfer.

The 26-year-old joined in the summer from Championship side Charlton Athletic and has made a total of 22 appearances, scoring four goals.

But he has only started four games since Shaun Derry took over as manager in November, with his last start coming against Gillingham on 7 December.

"Danny needs to resurrect his career and both parties have agreed this will be best at another club," Derry said.

"I'm fully aware of what he possesses as a striker but sadly it's not working out for him here.

"If another club is interested in taking him, we are willing to listen to offers."

Haynes began his career with Ipswich Town and has also played for Millwall (on loan), Bristol City, Barnsley and the Addicks.