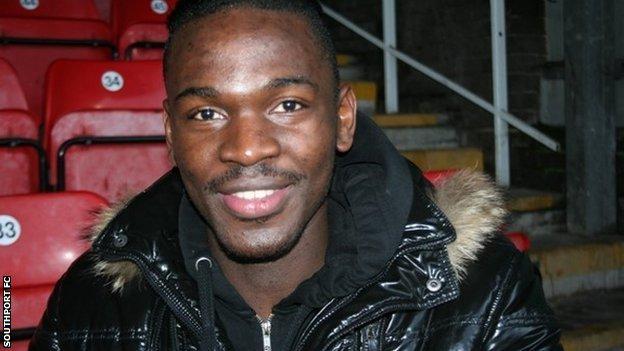 The 21-year-old came through the ranks at Goodison Park and played once for the senior side - in a Europa League tie against BATE Borisov in 2009.

Nsialahad, who has also played for Macclesfied, had been in Vietnam and has been signed by boss John Coleman, who had the player at Accrington.

He has been capped once by DR Congo, against the Seychelles in June 2012.

Nsiala is the fifth arrival for the Sandgrounders in the transfer window, having brought in John Dillion, Kellen Daly, John O'Sullivan and Ben Jefford.