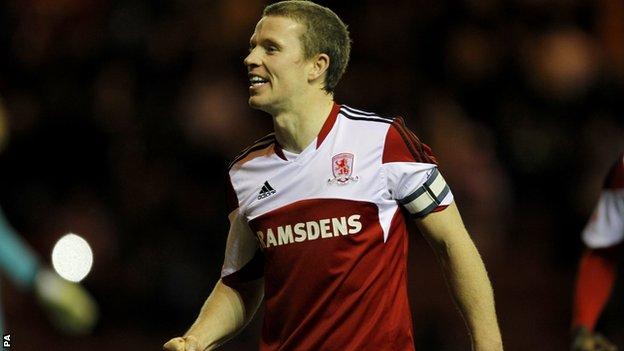 Aitor Karanka was appointed head coach in November and initially struggled, winning once in his first five matches.

Boro have 36 points from their 26 Championship matches so far this season. That is three fewer than at this point last term, but they then picked up just three wins from their final 20 games.

The next six yielded 16 points, lifting Boro to ninth in the Championship.

The nature of Middlesbrough's season differs to their previous two campaigns, in which poor post-new year form has scuppered a promotion push.

Since suffering Premier League relegation in 2009, their highest finish was seventh two seasons ago.

Boro's recent run has pulled them to within five points of the play-offs.

"When it's a 26-game unbeaten run, we can get carried away," he said. "Six matches is nothing given how the last two seasons tailed off.

"But hopefully our performances pick up as the last couple of weeks we've just dug out wins."