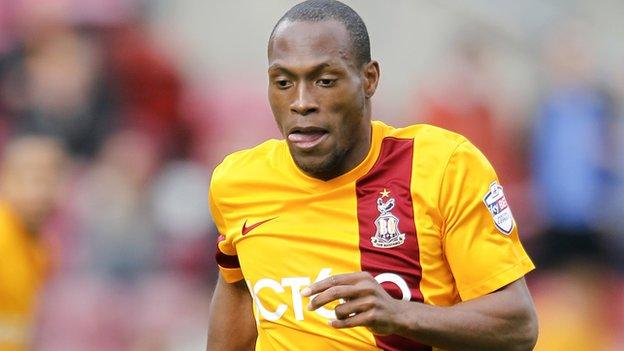 Bradford City winger Kyel Reid has been ruled out for up to eight months after tearing his anterior cruciate ligament.

The 26-year-old, who had featured in all the League One side's games this season, suffered the injury in Saturday's draw at Sheffield United.

Bantams boss Phil Parkinson told the club website: "We felt at the time that Kyel had done something serious and feared the worst over the weekend.

"It is a blow to us all to lose the services of someone like Reidy."

The former West Ham academy product, who joined Bradford from Charlton in 2011, had to go off just after the half-hour mark in the 2-2 draw at Bramall Lane.