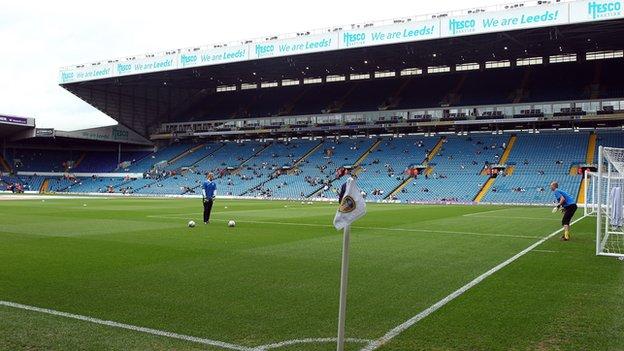 A proposed takeover of Leeds United by a consortium led by managing director David Haigh has fallen through.

Haigh's group were expected to acquire a minimum of 75% stake through his company, Sport Capital.

"As fans know, we signed a share acquisition agreement with GFH Capital at the end of last year," Haigh said.

"Sadly, some of the consortium's backers ultimately didn't feel able to deliver the backing we had hoped was agreed to take the club forward."

He added: "Despite this, the future of this club remains the most important thing to me personally and I remain totally committed to putting the right team and backing in place to ensure that Leeds United can move forward.

"I have met many, many potential investors over the past year and, sadly, while many are keen to talk the talk, they have been unable or unwilling to deliver in financial terms.

"Nevertheless, these talks continue with a number of parties to seek the best possible outcome for Leeds United."

Haigh arrived at Elland Road as part of the GFH Capital group that purchased the club from Ken Bates in December 2012.

The collapse of his consortium's bid for Championship side Leeds means GFH must now look elsewhere for a buyer.

A rival bid involving Massimo Cellino, the owner of Italian club Cagliari, recently emerged and a third involving another consortium is also believed to be an option.

After Tuesday's draw with Ipswich Leeds boss Brian McDermott said that off-the-field uncertainties were having a negative impact on the players.