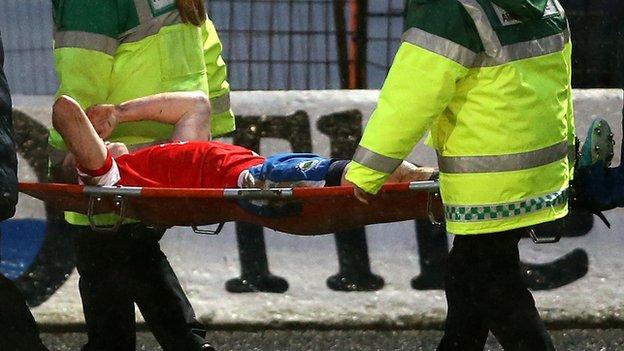 Linfield's Aaron Burns is likely to be out of action for a number of weeks after suffering ankle ligament damage in Saturday's win over Ballymena.

The midfielder was carried off in the second half of the Showgrounds clash and an x-ray has revealed the injury.

Linfield boss David Jeffrey described the injury as "very bad ligament damage" and Burns is scheduled to have a further x-ray in early February.

Peter Thompson is a fitness doubt for Friday's Premiership game against Ards.

Thompson missed the Ballymena encounter because of a virus and Jeffrey said on Tuesday that the Northern Ireland striker is "still quite weak".

Mark McAllister will be suspended for Friday's game when Linfield will have the chance to extend their Premiership lead to seven points.