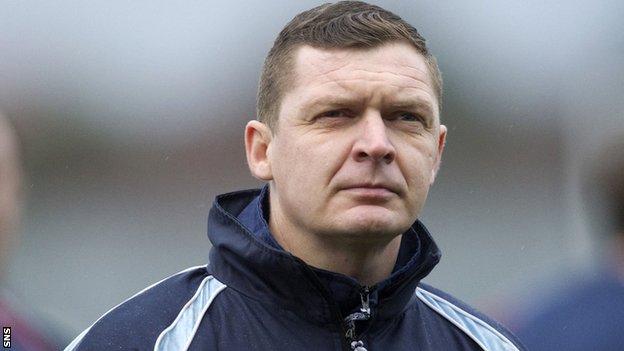 The former Motherwell defender had been at the helm since replacing Davie Irons in 2012 and leaves Stenny seventh in Scottish League One.

The club said the decision was taken "with great regret".

"We would like to express our thanks and gratitude to Martyn for all his efforts over the last two seasons," Stenhousemuir added in a statement.