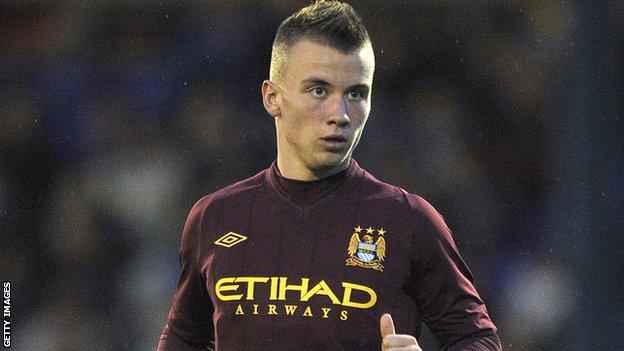 Birmingham City have signed Slovakia Under-21 international Albert Rusnak on a month's loan from Manchester City.

The 19-year-old has signed a one-month youth-loan deal, which could take in as many as five league matches, up to and including Saturday, 22 February.

He is also eligible for Saturday's FA Cup fourth-round date at St Andrew's with Premier League side Swansea City.

Rusnak is yet to make his City debut but went out on a half-season's loan to Oldham Athletic on August deadline day.

He made two League One appearances, both as a substitute, in defeats by Tranmere Rovers and Rotherham United, as well as enjoying a 4-1 Johnstone's Paint Trophy win at Shrewsbury in his only start, before Oldham chose to end his loan stay early.

Rusnak has been with City since moving to the Etihad Stadium as a 16-year-old from Slovakian side MFK Kosice in 2010.

Blues have also revealed that young striker Reece Hales is on trial with League One side Notts County.