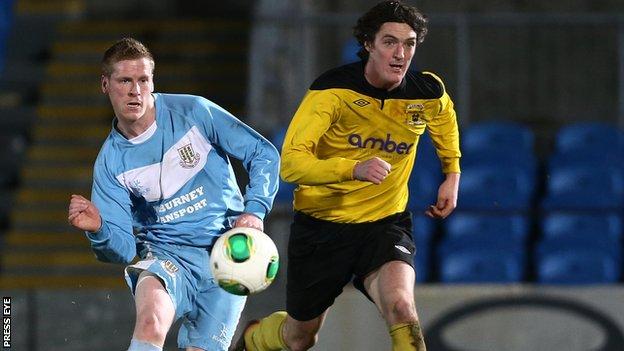 Ballymena United sealed their place in the sixth round of the Irish Cup thanks to a narrow win over Championship side H&W Welders in Tuesday's replay.

Sky Blues midfielder Gary Thompson got the all-important goal, shooting in 15 minutes from time after a neat exchange of passes with sub Michael McLellan.

The Welders had gone close to winning to the first meeting at Tillysburn and they posed plenty of problems again.

But the Premiership side went through to play Linfield in the last 16.

The sixth round matches are scheduled for Saturday, 8 February.

"It was a struggle but the important thing is we are into the next round," said Ballymena manager Glenn Ferguson.

"We let the players know at half-time we weren't happy with the performance. There was no drive and it was too low key.

"We made the change with Michael McLellan coming on and he provided the first bit of quality, playing a one-two with Gary who scored."