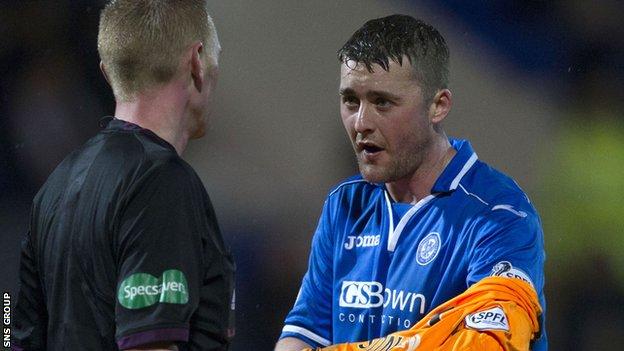 The 25-year-old was accused of "headbutting or attempting to headbutt" Hearts' Brad McKay.

And the Perth club have decided not to contest the penalty.

Scobbie ended a stormy 3-3 draw in goals, following the dismissal of keeper Alan Mannus, one of the three players sent off at McDiarmid Park.

Mannus was dismissed, along with Hearts' Ryan Stevenson, following a penalty box melee in the wake of the visitors' second goal on Saturday.

Scobbie's clash with McKay also happened during that flare up, with the defender later donning the goalie's shirt and conceding a last-minute goal.

He will miss a Premiership trip to Dundee United as well as the semi-final showdown with Aberdeen at Tynecastle.