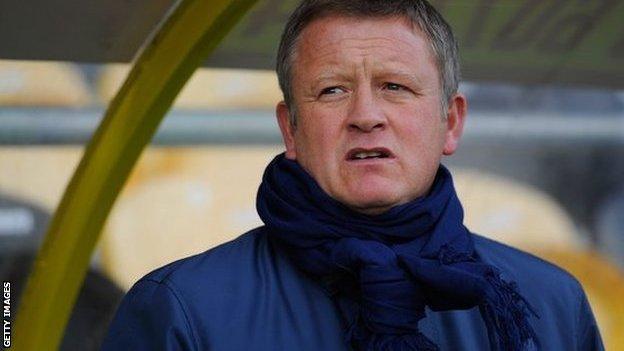 The U's have a forward unit consisting of James Constable, Dave Kitson and Deane Smalley, but Wilder says the League Two side need a fresh face.

"I'm confident if we get the go ahead to do it, we can crack on, because we need a lift," Wilder told BBC Oxford.

"Hopefully we might be able to get a change or two in because I'm working hard on doing that - we need it."

The U's were but Wilder says the league has always been a priority as his side prepare to face Torquay on Saturday.

He hopes to have a new forward in place for that game as they look to maintain their push for promotion.

"We need to freshen it up." he added.

"Maybe a couple of them need to come out of the team. If we do that, hopefully we can go again.

"I'm pushing and hopefully we can make a decision, because I think we need it. We've got good competition but we are looking at the top of the pitch."