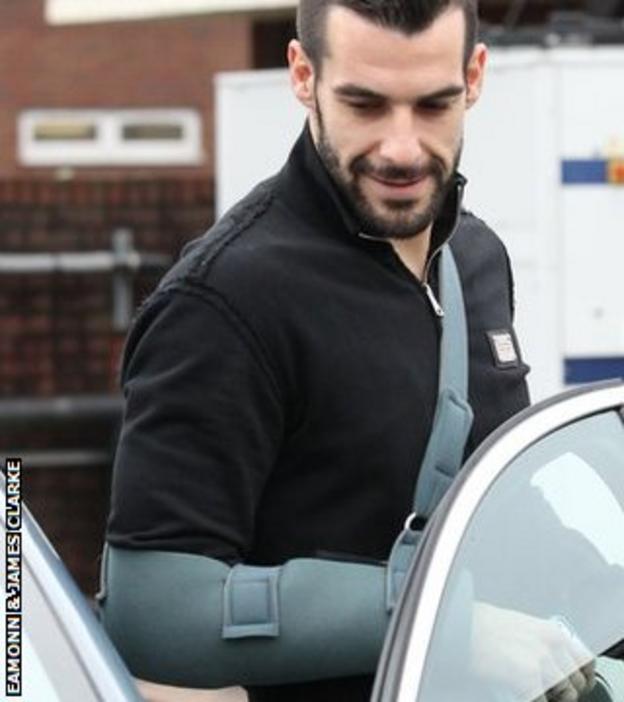 The Spain international, 28, was hurt late on in Tuesday's 3-0 Capital One Cup semi-final second-leg victory over West Ham United but completed the game.

"He has pain at the moment and we will see if it is serious," said manager Manuel Pellegrini after the game.

The club have confirmed it will be Thursday at the earliest before a definitive diagnosis is made.

Negredo scored twice in the victory at Upton Park on Tuesday, adding to the hat-trick he scored in the first leg of the semi-final.

The striker signed from Sevilla for £20m last July and has made a substantial impact at the Etihad.

He has scored 23 times in 33 appearances in all competitions for City and has been described as the nearest thing to an old-fashioned number nine that the Premier League has had since the retirement of Alan Shearer in 2006.

He has now scored nine goals in his past six games.