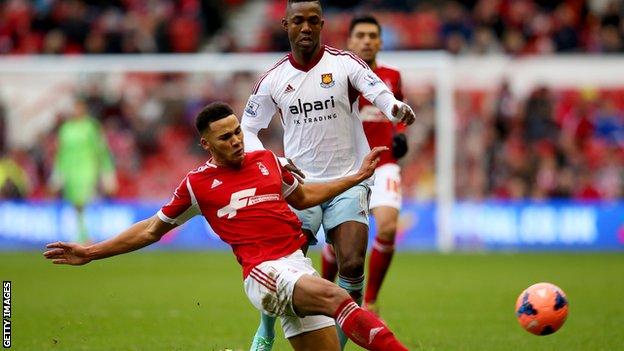 Everton have been fined £45,000 by the Football Association for an unauthorised approach for Nottingham Forest's Jamaal Lascelles in 2010.

The Toffees have also been warned about their future conduct after breaching the FA's football agent regulations.

Lascelles, 20, is still at Forest and has made 15 appearances this season for the Championship side.

The defender has been given a warning and his agent at the time, Andy Niedzwiecki, has been fined £10,000.

The centre-half signed his first professional contract with Forest in 2011 and penned a new four-year deal in 2012.

At the time of Everton's approach, Lascelles was under a scholarship agreement at Forest.

The FA said added in their statement: "Andy Niedzwiecki, the football agent who was representing Mr Lascelles at the time, has been fined £10,000 and warned as to his future conduct after admitting his part in the matter.

"Jamaal Lascelles, who also admitted his part in the affair, has been severely warned as to his future conduct. The time-frame for any appeal has passed."