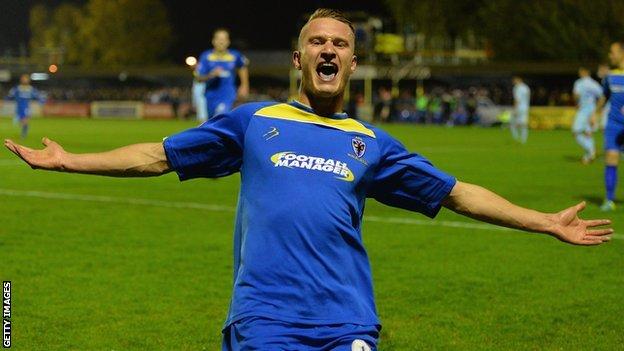 Swindon Town have completed the signing of Charlton Athletic striker Michael Smith for an undisclosed fee.

The 22-year-old has agreed a two-and-a-half-year deal with the Robins, who are ninth in League One.

Smith started his career at Darlington, where he played under Swindon boss Mark Cooper, and joined Charlton in 2011.

He only made two appearances for the Addicks and has had loan spells with Accrington Stanley, Newport County, Colchester and AFC Wimbledon.

He scored 10 goals in 25 appearances for the Dons during his time with the League Two club earlier this season.

Smith told BBC Wiltshire: "I want to get everything that I've learned over my career so far and use it at League One level.

"I know it's a big step up from League Two but I think I'll be able to manage it."

Charlton boss Chris Powell told the club website: "Michael has been very good on loan and I wanted to offer him a chance here but I couldn't afford him that.

"He's scored goals at League Two level and we wish him all the best as he looks to further his career elsewhere."