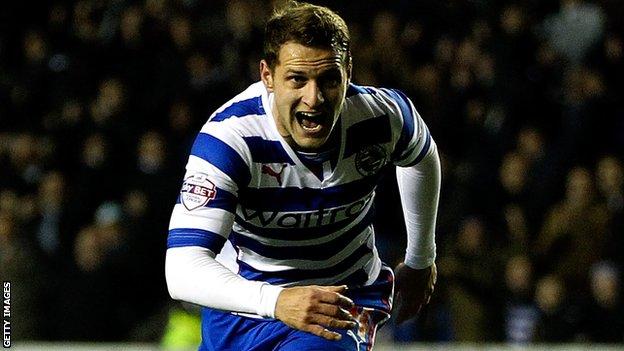 Doncaster Rovers have re-signed striker Billy Sharp on loan from Southampton for the rest of the season.

He scored 41 goals in 86 games for Rovers before Southampton paid an undisclosed fee for him two years ago.

"I've been looking to bring in an experienced Championship striker who is capable of winning matches for the club," said manager Paul Dickov

"The fact that Billy knows the club so well and has such a fantastic relationship with the fans will hopefully mean he can hit the ground running straight away," he told the club website.

Sharp has been unable to establish a regular place for Southampton and spent the whole of last season on loan at Nottingham Forest.

He then moved to Reading at the start of the current campaign and scored twice in 10 appearances for them in a loan spell which recently expired.

Sharp could make his latest Doncaster debut at Blackpool on Saturday, with the club currently in the relegation zone