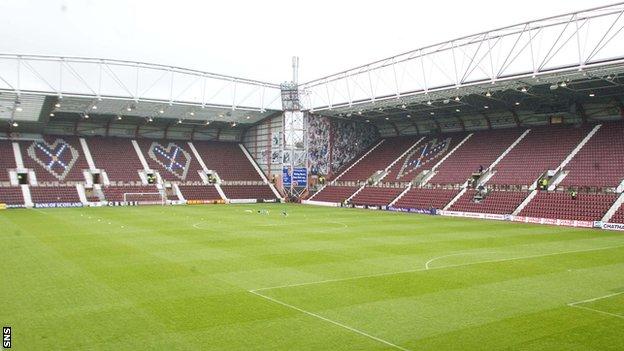 Hearts will not be in a position to exit administration until the end of February at the earliest.

Parent company UBIG's 50% holding cannot be sold or assigned until they have their creditors' meeting, which is scheduled for late next month.

Hearts administrator BDO has been holding talks with the relevant bodies in Lithuania regarding the shares.

However, BDO's Bryan Jackson refused to comment on the matter, saying this was down to "confidentiality".

A company voluntary arrangement to take Hearts out of administration can only be concluded with the purchase of the club's majority shareholding.

Fans' group Foundation of Hearts are the preferred bidder for the Edinburgh club, .

Lithuania-based Ukio Bankas, which collapsed 11 months ago, and UBIG are owed the vast majority of money and together own about 80% of the club's shares.

UBIG, which was controlled by former Hearts owner Vladimir Romanov, had its assets frozen in April after declaring insolvency and is now in the hands of liquidators.

Some 20-25 companies have lodged papers with the courts in Lithuania seeking money owed to them by UBIG.

Hearts, who trail by 21 points at the foot of the Premiership, entered administration on 19 June and started this season with a 15-point deduction.