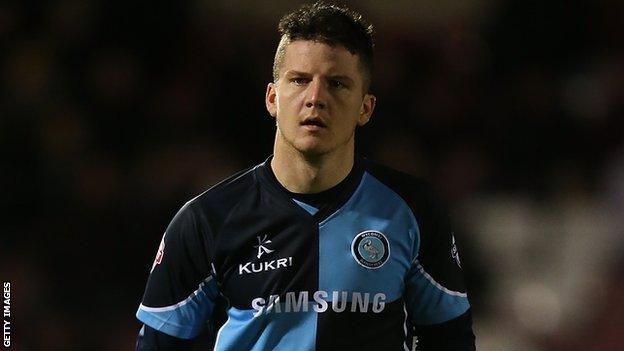 Port Vale have signed Sunderland midfielder Billy Knott on loan for the rest of the season, following his return from Wycombe Wanderers.

The 21-year-old played 23 games for League Two side Wycombe, scoring twice, after being loaned out in August, only to be recalled to Wearside last week.

But he has now been allowed out on loan again by Sunderland, stepping up another level to League One.

Knott is not be eligible to play in the FA Cup against Brighton this weekend.

He played in both games of Wycombe's first-round replay win at Crewe in November.

This is Canvey Island-born Knott's fourth loan move from the Stadium of Light, having also been at AFC Wimbledon and Woking, for whom he scored eight times in 20 Conference Premier appearances.

Sunderland have had six different men picking the team - Steve Bruce, Martin O'Neill, Paolo Di Canio and Gus Poyet, as well as caretaker bosses Eric Black and Kevin Ball - since Knott signed in January 2011 after being released by Chelsea.

But he has made just one solitary Sunderland appearance, Di Canio bringing him on against Tottenham as a late substitute in a 1-0 defeat at White Hart Lane on the final day of last season.