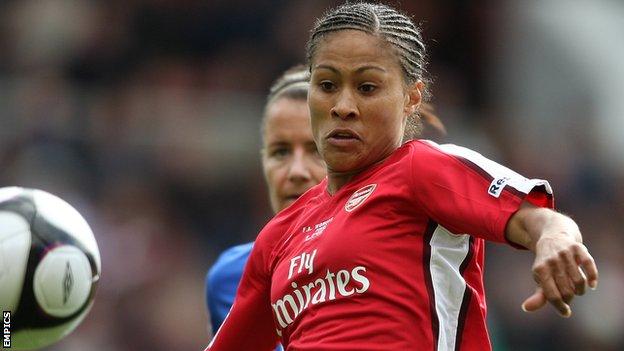 The 34-year-old made her Arsenal debut aged 16 and also played for Fulham, Birmingham and New Jersey Wildcats before rejoining the Gunners in 2005.

"She remains a key part of the team and her ability and experience will be invaluable in the season ahead," said Arsenal general manager Vic Akers.

Yankey added: "I've been incredibly proud to represent the club and it's great to have the chance to continue."

Last year Yankey became England's most capped international when she surpassed Peter Shilton's record of 125 appearances and she has now represented her country on 129 occasions.

She received an OBE in the New Year's Honours for services to the women's game, adding to the MBE she was awarded in 2005.