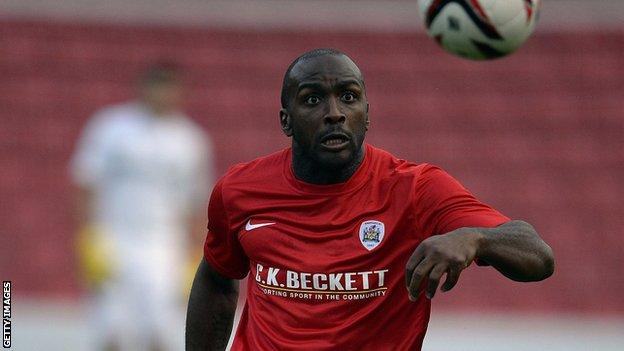 The 34-year-old has joined the Scottish Championship side until June, subject to international clearance.

Accies chairman Les Gray told the club website he had been chasing a deal for Scotland "all month".

"There were a few other clubs in Scotland keen to sign him but we were on the ball at all times in monitoring his situation," he added.

When announcing the signing on Twitter, Hamilton said title rivals Dundee had also been interested in the former Dundee United and St Johnstone player.

Dundee currently lead the division, a point clear of Accies.

Trinidad and Tobago international Scotland joined United in 2003 and moved on to Saints two years later.

In total, he scored 52 goals in Scottish football before moving to Swansea. Spells at Wigan, Ipswich and Barnsley followed.