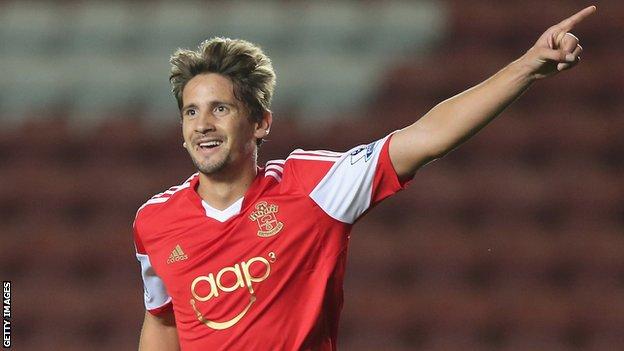 Southampton's Dejan Lovren and Gaston Ramirez have both been ruled out for six to eight weeks after suffering similar injuries during last weekend's 2-2 draw with Sunderland.

The pair left on stretchers with ankle ligament damage within minutes of each other at the Stadium of Light.

Ramirez was injured after a tackle by Black Cats defender Wes Brown.

Winger Ramirez, 23, was sent to hospital in the North East for scans, while 24-year-old defender Lovren, who was injured making a challenge, was treated by medical staff at the ground.

"The medical staff are preparing a strategy to get them back as soon as possible," added Perez.

"They have a similar ankle injuries, both ligament, one right and the other left ankle. It will be the same period between six and eight weeks."