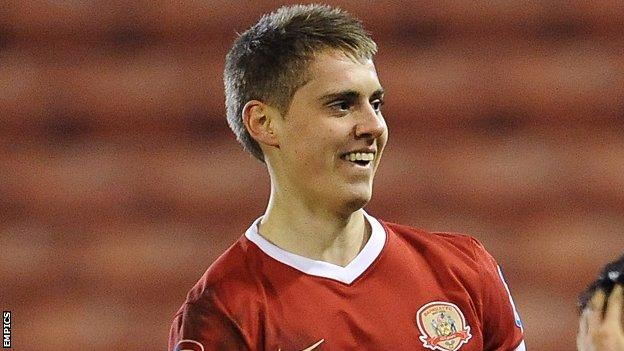 Young striker Danny Rose has signed a two-year extension to his current contract with Barnsley.

Academy product Rose scored twice for Barnsley last season, against Burnley and Ipswich, but has only made one substitute appearance this term.

Rose told the club website: "The hard work continues and now I'm looking to improve myself as a player and person over the next two-and-a-half years."

Barnsley manager Danny Wilson said: "Danny is one of a number of younger players the club feel have very good potential.

"The games I've watched him in over recent weeks, he's been very impressive."