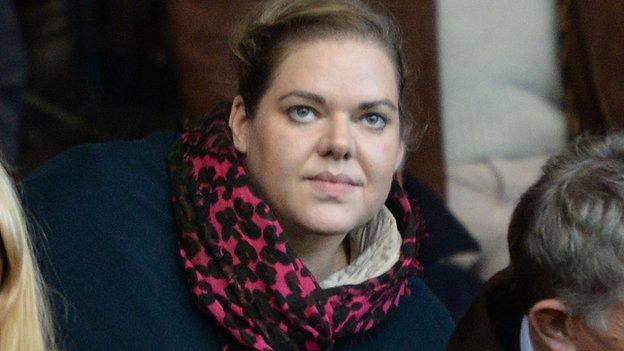 Southampton have named chief financial officer Gareth Rogers as interim chief executive until the end of the season.

The move is designed to give owner Katharina Liebherr more time to hire a permanent successor to chairman Nicola Cortese, who left earlier this month.

2013 - On the same day, Nicola Cortese files to resign from his position as chairman.

Liebherr said: "I am delighted Gareth has agreed to step into this role."

Rogers, a former senior manager at accountancy firm Deloitte, has been at Southampton since March 2011.

"After the events of the past week, my priority has been to bring stability to the management of the club and I am pleased we have been able to make this appointment from within," added Liebherr.

"I am sure Gareth's appointment will be warmly received."

Rogers said: "I am very pleased to be able to help the club by stepping up to the CEO's job on an interim basis.

"We have a fantastic staff and everyone is working together to make sure the club ends the season as strongly as possible."