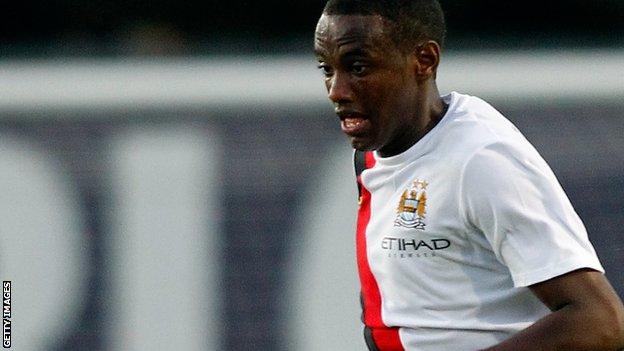 Manchester City have released Abdisalam Ibrahim from his contract.

The 22-year-old Somalia-born Norwegian midfielder played three times for City after making his debut in an FA Cup tie at Scunthorpe in 2010.

After his third outing for the Blues, in a Carling Cup defeat to West Brom the following September, Ibrahim had a number loans away from the club.

He spent 2013 with Stromsgodset in Norway, and has reportedly been linked with several Premier League clubs.

Greek league leaders Olympiakos are also believed to have shown an interest in the Under-21 international.

Roberto Mancini handed Ibrahim his City debut, but following loan spells at Scunthorpe United and Dutch side NEC Nijmegen, the Norwegian's opportunities with the Blues receded further when Manuel Pellegrini replaced Mancini as manager at Etihad Stadium in June 2013.