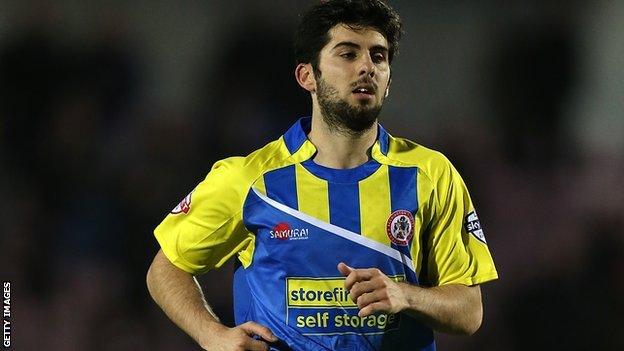 Accrington Stanley midfielder Piero Mingoia has signed a new contract, keeping him at the League Two club until the summer of 2015.

The 22-year-old joined Stanley in August 2013 after being released by Watford, having had a spell on loan during the 2012-13 season.

"Accrington gave me the chance to play football again and I'm really grateful for that opportunity," said Mingoia.

He has gone on to make 24 appearances this season, netting the winner at Middlesbrough in the Capital One Cup.