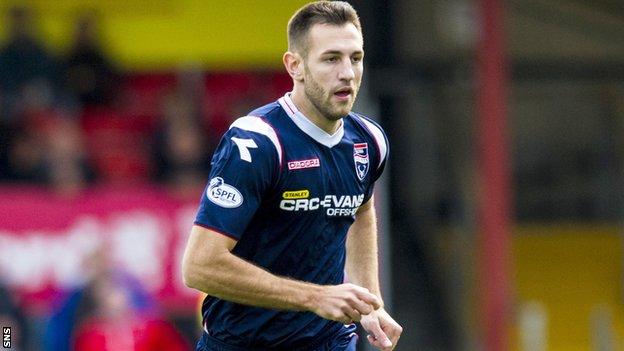 Defender Mihael Kovacevic has left Ross County after having his contract terminated by mutual consent.

The 25-year-old Swiss ends an 18-month spell in Dingwall, having previously played in Scotland with Dundee United.

The last of Kovacevic's 47 appearances for Derek Adams's side came in December, against United.

And County say the departures of Kovacevic, , and has created "room to add to their squad".

Adams has already signed , , , , and during the January transfer window.