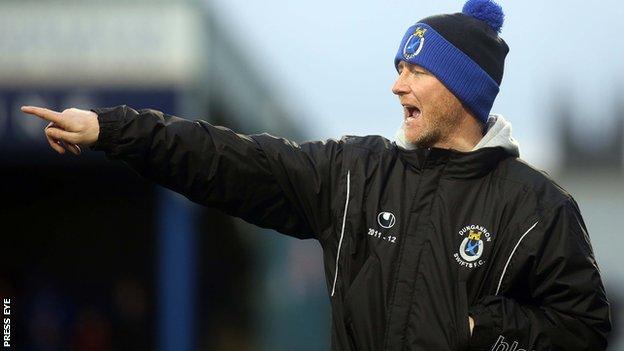 German goalkeeper Berraat Turker has joined Dungannon Swifts until the end of the season.

Berat was signed after training with the Swifts for two weeks.

"It is a massive chance for me to prove myself at this level and I'm looking forward to getting involved," said part-time model Berat.

It's a fourth January signing for Dungannon manager Darren Murphy.

"He will come in and work alongside Gareth who has done a fantastic job from the start of the season," said Murphy.

"Hopefully both lads will continue to develop under the expert coaching of Brian Hutchinson, our current goalkeeping coach."