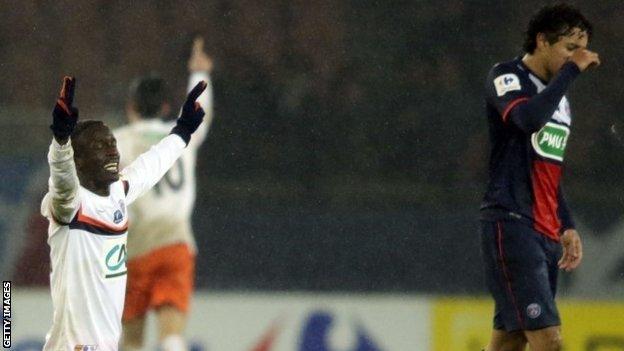 Paris St-Germain suffered a shock 2-1 Cup defeat at home to Montpellier to end their hopes of a domestic treble.

PSG paid for their decision not to start top-scorer Zlatan Ibrahimovic as the visitors, 16th in Ligue 1, advanced to the last 16 at their expense.

Javier Pastore and Cavani were both guilty of misses as time slipped away.

Paris St-Germain had scored 15 goals in their previous four games, but despite Ibrahimovic's introduction in the second half they could not dig their way out of trouble.

"It was impossible. They'd scored five at the weekend against Nantes."