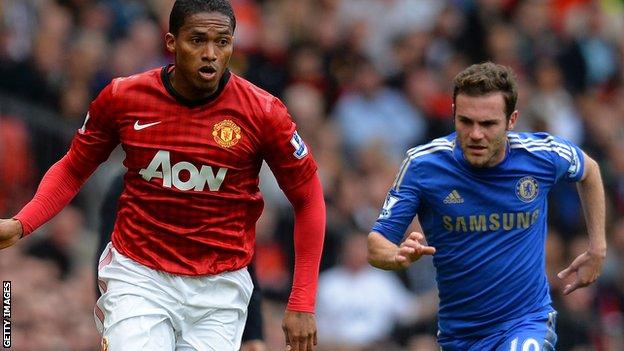 Manchester United's club-record £37m move for Juan Mata has prompted questions about whether they need Chelsea's gifted Spaniard and where manager David Moyes will use him.

Those still harbouring doubts about the wisdom of this sudden move and apparent switch of emphasis from previous transfer policy had the logic laid out before them in gory detail at Old Trafford on Wednesday.

It looked more a case of whether United and Moyes could actually do without Mata rather than a question of whether they needed him in the first place.

Yes, United were without the injured Robin van Persie and Wayne Rooney - but what was left behind was mediocre mess, almost devoid of inspiration, as Sunderland deservedly won the Capital One Cup semi-final after a penalty shoot-out of almost laughable ineptitude.

It was no laughing matter for Moyes as his depressing start as successor to Sir Alex Ferguson took another turn for the worse after losing over two legs to a Sunderland team 19th in the Premier League, meaning they miss out on a Wembley meeting with Manchester City.

Moyes refused to take questions on Mata's proposed arrival after the defeat - perhaps not wanting to tempt fate in a season when most of what could go wrong has done.

But United and their supporters were left clinging to the hope provided by the Spaniard's proposed arrival amid the wreckage of another miserable Old Trafford night.

United looked like a team ripe for Mata's creative instincts and fiercely competitive nature. So what are the issues surrounding this acquisition?

Is Mata a panic buy?

One experienced Old Trafford observer said before the game: "Yes Mata is a panic buy - but he is a very good panic buy."

All the noises coming out of United this season were that they felt no need to pursue a player such as Mata or Mesut Ozil because they believed they were well served in this area, with players such as Wayne Rooney, who can play just off the striker, Adnan Januzaj and even Shinji Kagawa in the "number 10" slot.

The targets were a left-back, a central midfielder of real authority and also the possibility of buying a central defender.

All this has changed. Was it because of the manner of defeat at Chelsea on Sunday, when Jose Mourinho's side barely had to move through the gears to beat a team once regarded as their greatest adversaries?

Was it the very real prospect of missing out on the Champions League that prompted such significant activity?

There has been loose talk of United being able to take one season on the outside looking in at the Champions League on the chin. This is a dangerous assumption as once you are out there is no guarantee you will get back in.

Liverpool probably thought they would only be absent for one season after failing in 2010 but they have yet to return, and Mata's arrival will be designed to ensure United avoid that fate.

Maybe it was simply the chance to buy a quality player who was available, albeit at a hefty premium, and the opportunity was too good to miss.

Panic is too strong a word but there is certainly surprise at the speed of United's move and the position they have decided is the priority for such heavy spending.

Do Manchester United need him?

Watch a rerun of the defeat by Sunderland for confirmation. In Moyes's defence he was without Rooney and Van Persie but, Januzaj apart, United were pretty much the word that was unmentionable under Sir Alex Ferguson - dull.

Moyes will have the pleasant task of fitting 25-year-old Mata into what looks like an overcrowded area but watching United struggling in vain for a spark against Sunderland was an illustration of why the purchase makes sense. 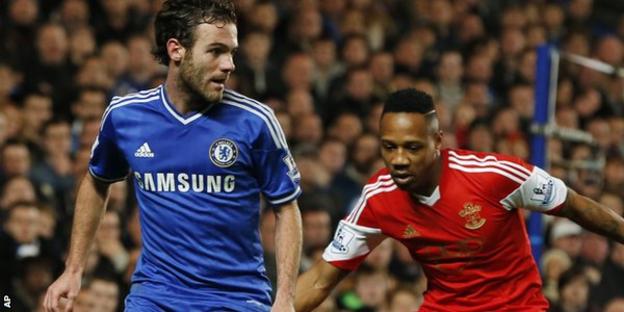 The key for Moyes is finding the right position for the Spaniard. He is not a winger and he is not a central midfielder, so it will be intriguing to see how the former Everton manager solves this conundrum.

Even allowing for absentees, the loss to the Black Cats - where United were lacking in ideas for the most part - simply added weight to the logic of bringing in Mata.

It may seem odd in the context of a team that won the Premier League last season but Manchester United simply do not have enough high-quality players. Mata is one such player, United can afford him and he is better than much of what they have. So do the deal.

Will he solve their problems?

Not unless he can play as a world-class central midfielder - and he cannot. Mata is a wonderful talent, just ask Chelsea's supporters who adore him, but he is a fine adornment to United's squad rather than a solution to the most pressing problem.

Moyes still has to find that player to fill the gaps left behind by Roy Keane and Paul Scholes over the years. Mata's arrival will add gloss and star quality but the major flaw still remains.

This is a fading United squad that is out of two domestic cup competitions, 14 points adrift of Arsenal at the top of the Premier League and no longer serious contenders to win the Champions League. It needs all the help it can get where it can get it.

What will the fallout be?

Mata's signing may have implications for the biggest names at Old Trafford simply because of his favoured position behind the striker.

Rooney's future is still the subject of speculation, while Van Persie is 31 this year and appears to have regressed to his previous injury-troubled years after a golden spell at Arsenal and inspiring United to the title last season. 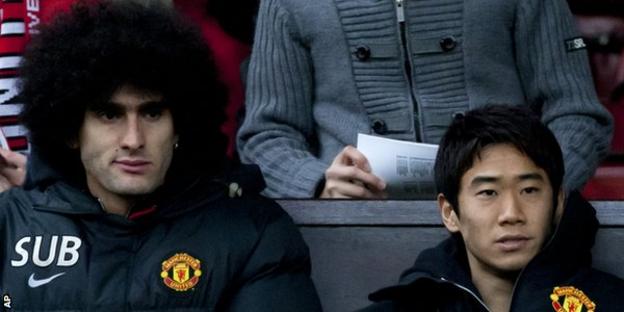 Moyes could use Van Persie as his main striker and a combination of Mata, Rooney and Januzaj behind while picking two holding midfielders - but this would be desperately narrow.

It is a tricky puzzle and may delay the use of 18-year-old Januzaj in his best position - although he still needs the decision-making skills that come with maturity - while the Mata deal sounds ominous for Kagawa.

Mata's arrival may also signal the start of the serious rebuilding process by Moyes. All the evidence this season suggests United need a major overhaul and there is no obvious downside to signing a player who has proved so impressively that he can cope with the rigours of the Premier League and exert influence on the biggest games.

Are United sending out a statement?

The signing of Mata works on many levels for Moyes and Manchester United. Before events on the pitch and defeat by Sunderland deflated the atmosphere, there was a mood of renewed buoyancy around Old Trafford with the buzz created by the transfer news.

And even after a loss that picked at every weakness of what now looks a very dubious inheritance for Moyes, there was at least the consolation that help was travelling towards Manchester in the shape of Mata.

It shows United mean business after the debacle of last summer's transfer dealings and offers proof that Moyes can bring big players to the club - although Mata's appetite and need for a move has also been sharpened by the forthcoming World Cup.

United can show their supporters, as well as more high-profile members of their squad, that they are still contenders and retain the ability to flex the big financial muscles. They had to make up for a whole summer of lost time and this is their first opportunity to do it.

Perhaps the devil is in the detail with Jose Mourinho. Last Sunday, after beating United, he very gently (almost with pity in his voice) removed them from title contention but added that he hoped they finished fourth by beating all Chelsea's rivals between now and the end of the season.

And what better way to help them do it than by selling them a player coveted around Europe but surplus to requirements at Stamford Bridge - while pocketing a cool £37m into the bargain?

It is difficult to remove mischief from any Mourinho equation but the brutal, simple logic is that he may regard this as getting a huge sum of money from a club he does not regard as title rivals for a player he does not need.

And what does this say about Mourinho's power and popularity at Chelsea?

Mourinho's word is law and accepted on trust. He is the untouchable one.

Whether he has made the right move in sanctioning Mata's sale to Manchester United remains to be seen.

1498 comments
Back to top
unknown