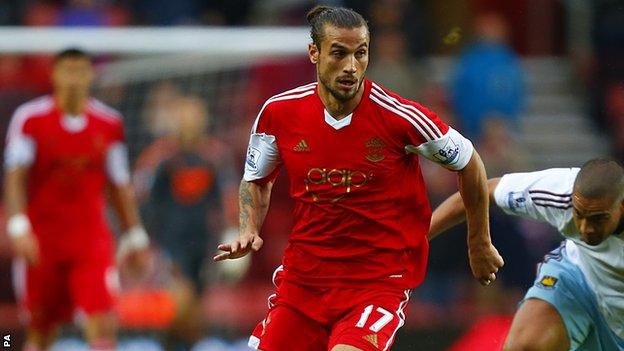 Blood was drawn during the scuffle, instigated by the club's £15m record signing, but central defender Fonte was not seriously injured.

A Saints statement read: "The club has taken swift and proper action for what it considers a breach of the conduct expected of its players."

Earlier this month, the 28-year-old was banned for three games and fined £40,000 by the Football Association for his part in a touchline fracas in December's draw at Newcastle.

He was also suspended by former club Roma in 2011 for punching team-mate Erik Lamela, now of Spurs, during a 2-0 defeat by Udinese.

Osvaldo, who was born in Argentina, has scored three goals in 13 Premier League appearances this season.

He will now miss his side's FA Cup fourth-round tie with Yeovil as well as Premier League fixtures against Arsenal and Fulham.