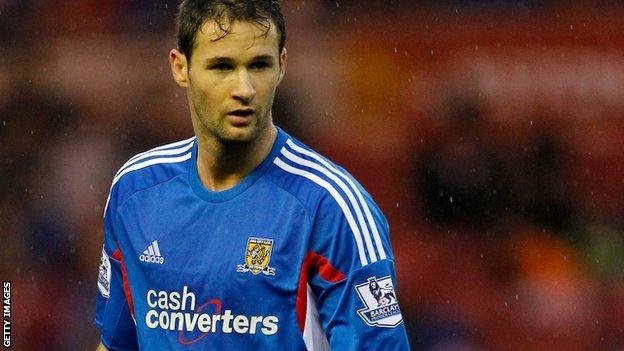 Barnsley have signed Hull City striker Nick Proschwitz on loan until the end of the season.

The 27-year-old joined the Tigers from German side SC Paderbon for £2.6m in June 2012 but has started just five league games in 18 months.

He could make his debut for the Tykes against Blackburn next Tuesday.

"I think he'll feed well off Chris O'Grady or he can play up top on his own. He can get in the box and he's a finisher.

"Nick seems to be very positive about coming here and sounds like he is relishing the challenge."