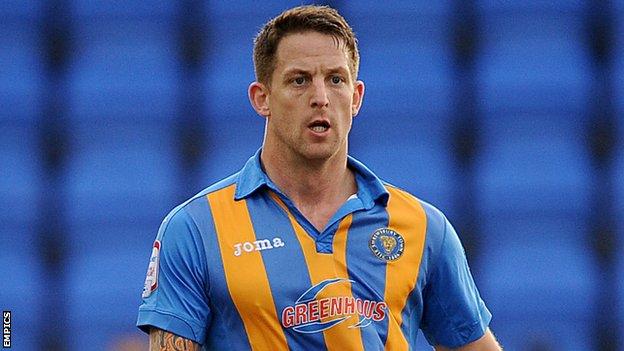 The 30-year-old left Shrewsbury this week in search of first-team football.

The former Forest Green, Hereford and Aldershot Town centre-back made 57 appearances for the League One side after joining the club in June 2012.

"The feedback I've had is that he's been Shrewsbury's best centre-back this season so it's a massive coup for us," Dons boss Neal Ardley said.

"There were one or two other clubs that were desperate to get his signature and we're absolutely delighted to have signed Darren."

AFC Wimbledon have not disclosed the length of Jones' contract.