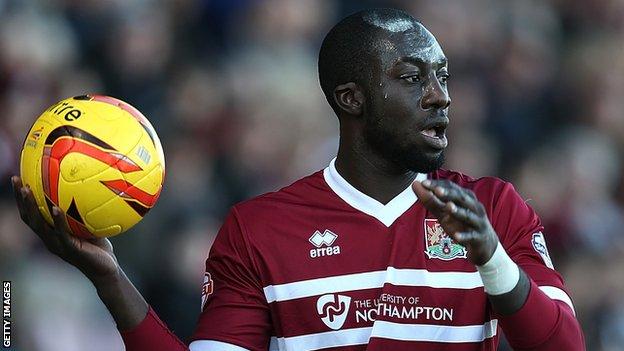 Northampton Town have terminated the contract of right-back Kevin Amankwaah, six months after he joined the club.

The 31-year-old signed for the Cobblers in July and has made 24 appearances for the club this season.

His last game was the 2-0 loss against York on 11 January when he gave away a penalty for the visitors' second goal.

Northampton are bottom of League Two with caretaker manager Andy King in temporary charge after Aidy Boothroyd was sacked in December.