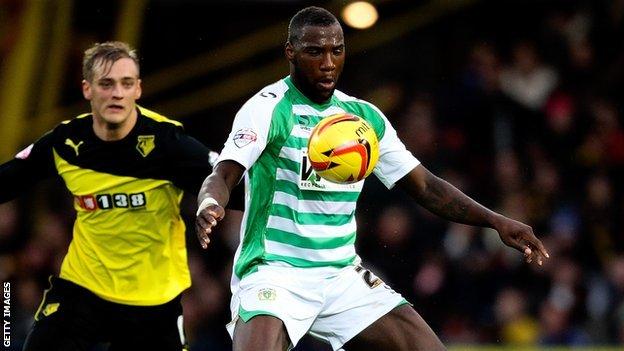 Nottingham Forest striker Ishmael Miller has rejoined Yeovil Town on loan until the end of the season.

Miller, 26, scored three goals in seven games during his month-long spell with the Glovers at the end of last year.

He spent three years with the Baggies before signing for Nottingham Forest, where he has made 30 appearances, scoring four goals.