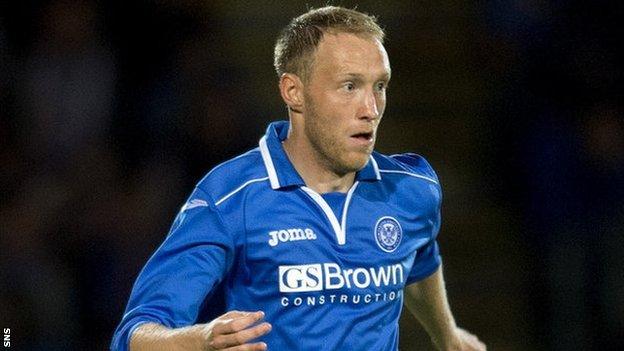 St Johnstone have won in at McDiarmid Park.

They have had their claim of wrongful dismissal upheld after referee Brian Colvin reviewed the incident.

And it has reduced the sending off to a yellow card for unsporting behaviour.

Anderson had been dismissed after 21 minutes in Perth, referee Colvin ruling that he had denied Dale Carrick a clear goalscoring opportunity.

But Saints manager Tommy Wright had

St Johnstone decided not to appeal against the red card shown to goalkeeper Alan Mannus after a tussle in the closing moments with Hearts midfielder Ryan Stevenson, who was also dismissed.

Saints also who was reported following the game for "headbutting or attempting to headbutt" Hearts' Brad McKay.