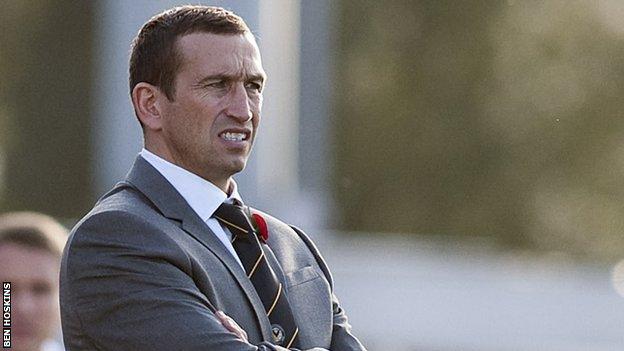 The Cobblers, currently bottom of League Two, have been without a manager since they sacked Aidy Boothroyd in December.

"There's been no approach to the football club [Newport], there has been an approach to myself," Edinburgh told a news conference on Thursday.

Meanwhile, County confirmed they have received a bid from League One Peterborough United for striker Conor Washington.

"We have received an offer from Peterborough United," said Edinburgh.

"But as we stand now the deal isn't progressing.

"Whether or not it happens I think that would be whether it's right for the football club [Newport]."

Last season he led the club to promotion to League Two and the Exiles currently lie just four points behind the play-off places.

Edinburgh has been linked to several managerial vacancies, including at his former club Portsmouth earlier this season, but he says he wants to stay at Rodney Parade.

"I think any individual that gets linked with somewhere - it's flattering.

"But I've always said that I've got a lot of work to do here.

"I'm ambitious. I want to progress, I want to be successful and right now at the football club [Newport] I feel I can do that."